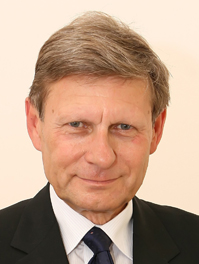 Position: Professor at the Warsaw School of Economics

He was a member of the Polish communist party (Polish United Workers’ Party) from 1969 until the declaration of martial law in Poland, in 1981. In the late 1970s he participated in an economic-advisory team associated with the prime minister of People’s Republic of Poland. In 1978-1980 he worked at Institute of Marxism-Leninism. Later he became an economics expert in the independent trade union Solidarity, and was forced to leave the communist party.

From September 1989 to August 1991 and also between October 31, 1997 and June 8, 2000 he held the positions of Deputy Prime Minister and Finance Minister of Poland. Between 1995 and 2000 he was the chairman of Freedom Union, then a centrist political party. On December 22, 2000 he became the Chairman of the National Bank of Poland. He was also a columnist for Wprost, a popular Polish news magazine,.

On November 11, 2005, the President of Poland, Aleksander Kwaśniewski, awarded L. Balcerowicz with the country’s highest decoration, the Order of the White Eagle, for his contribution to Poland’s economic transformation. In 2006 he was elected member of Galeria Chwały Polskiej Ekonomii, a hall of fame for outstanding Polish economists[1].

Balcerowicz is a member of the Commission on Legal Empowerment of the Poor, an independent initiative hosted by the UNDP and the first global initiative to focus specificially on the link between exclusion, poverty and the law. He is also a member of the influential Washington-based financial advisory body, the Group of Thirty, and is a Board member of renowned Washington, D.C. think-tank the Peterson Institute.

On June 11, 2008 Balcerowicz has been appointed chairman of Bruegel, a European think tank.

For more details on this topic, see Balcerowicz Plan.

The Balcerowicz Plan was a series of reforms, which sought to end hyperinflation and balance the national budget. The prices of most consumer goods were freed and caps for annual increases established in state-sector employees’ wages. Poland’s currency, the Złoty was made convertible within the country’s borders. This resulted in a substantial increase in prices and forced state-owned companies to become competitive. This amounted to a real shock to the Polish economy.

The reforms were very controversial and made Balcerowicz an object of harsh criticism. On the other hand most economists agree that without this shock therapy, which sacrificed short-term gains for long-term growth, modern Poland would be a much poorer country. For example, Poland’s annual growth rate between 1989 and 2000 was one of the highest of all post-Communist economies.

He is famous for implementing the Polish economic transformation program, commonly known as shock therapy in the 1990s.