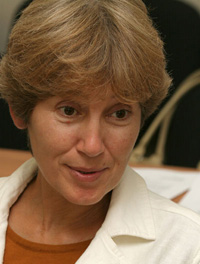 Since 2005 - Professor. N. Zubarevich is director of the regional program of the Independent Institute for Social Policy, Expert UN Development Program and the Moscow representative of the International Labor Organization. N Zubarevich is specialist in the field of socio-economic development of regions, social and political geography. She is the author, co-writer and scientific editor of several monographs, including: "Social Development of Regions of Russia: Problems and Trends in transition" (2007, 2005 and 2003), "Russia regions: the social space in which we live?" (2005); "The region as a subject of politics and social relations" (2000).

N. Zubarevich regularly participates as a leader and a responsible artist in the programs of the Ministry of Economic Development and Trade Ministry, the Ministry of Labor and Social Protection, as well as international projects and programs including in the draft United Nations Development Program (Annual reports on human development in Russia), the Moscow bureau of the International Labor Organization ( "Poverty Reduction Strategy in Russia", "Strategy for Gender Development of Russia), TACIS program ( "Reforming the system of social protection in Russia" and "Monitoring of regional reform in Russia"), the Foundation for Social Projects of the World Bank ( "Development of the method of forming a model of social infrastructure in the region"), etc.