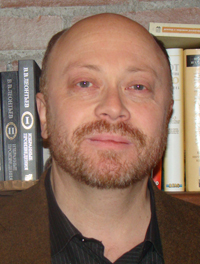 Position: Academic Supervisor of the Centre for Modernisation Studies of the European University at St Petersburg

Awarded for outstanding achievements in the study of issues of theory and practice of modernization, problems of Russia’s economy, putting its reform in the media and contribute to economic education

Dmitry Yakovlevich Travin - graduated of the Economic Faculty of Leningrad State University (1983), Ph.D. (1990). He taught at the universities of Leningrad, in 1991 he worked in the Committee on Economic Reform Leningrad City Executive Committee (chairman of the Committee was A.B. Chubais). In the same year began his journalistic activities, cooperation with leading media S.-Petersburg. Simultaneously DY Travin actively involved in studies Russia’s economic transition and appeals to the experience of reform and modernization in other countries. In 1996 he published his book (co-authored with M.E. Dmitriev) "Russia’s banks at the end of the golden age." In 1998, he turned to the study of pension reform in Russia, under his editorship of the book "Pension Reform in Russia: causes, content, perspectives".

However, the main theme of scientific development DY Travina is modernization. It aims to: To consider, as occurred in the modernization of European countries. Ultimately, he tries to answer the question: Will Russia go the same way European modernization? In the fundamental two-volume work "European modernization" (co-authored with O. Margania, 2004), he saw all the complexities of the evolution of Russia, however, gives a positive answer to this question.

Since 2008 DY Travin is scientific director of the Center Research modernization of the European University at St. Petersburg. DY Travin also actively engaged in teaching work in universities of St. Petersburg.