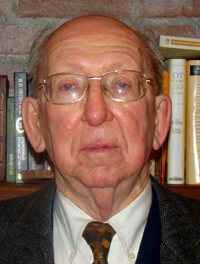 Position: Honorary Rector of the European University at St. Petersburg

Awarded for his contribution to the development of higher forms of modern education and training of highly qualified scientific personnel in the field of socio-economic sciences and humanities.

Boris Firsov is a member of the Leningrad blockade. In 1948 after graduating 10 classes of 55-th male school in Leningrad, he entered the Leningrad Electro-Technical Institute named V. Ulyanov (Lenin), which was released in 1954. (Diploma in Engineering-Electro-physics, with honors, specialty "electron optics").

From December 1953 to August 1956 – 1-st secretary of the Petrograd Komsomol RK Leningrad, from August 1956 to November 1959 - Secretary, Second Secretary of the Leningrad Regional Committee of Komsomol. From November 1959 to May 1962 - 1 st Secretary of Dzerzhinsky RK CPSU Leningrad. In the same years was twice elected member of the Leningrad Regional Committee of the Leningrad Party Committee and deputy of the Leningrad City Soviet on two convocations. From May 1962 to January 1966 served as the director of Leningrad television studio. From February 1966 to February 1969 - post-graduate philosophy faculty of Leningrad State University (full-time department). At the same time successfully defended his dissertation for the Ph.D. degree in Philosophy on social issues television. In 1979 thesis for the degree of Doctor of Philosophy on the topic "Mass communication in different social systems" (specialty 09.00.09 - Applied Sociology). From 1969 to 1996 he worked in academic institutions - the Institute for Sociological Research USSR (Leningrad sector), Institute for Socio-Economic Problems of the USSR, Institute of Ethnography of the USSR (Leningrad part) - as a senior, leading researcher of the head of the sector. In 1989 the decision of the Presidium of the USSR was appointed a director and organizer of Leningrad (St. Petersburg) Branch of the Institute of Sociology, RAS. In 1991 he was elected a director of the branch (now the Institute of Sociology RAS). He left that post in January 1996 in connection with the transition to work as rector-organizer of the European University at St. Petersburg, the first elected rector of which he served until July 2003 with July 2003 to present - Senior Researcher, European University at St. Petersburg. Scientific Council elected EUSP B.M. Firsova honorary rector of the European University at St. Petersburg (2004). In May 2006 he was awarded an Honorary Doctorate in Social Sciences (Honoris causa) University of Helsinki. He was awarded the medal "For Defense of Leningrad" (1944), the Order of the Badge of Honor "(1957), the Order of Friendship (2006).

Basic scientific work B. Firsova associated with the actual problems of the theory, methodology and history of modern sociology and ethno-sociology in the study of social consciousness, of mass communication, public opinion. 25 works B. Firsova were published (in whole or in part) in Bulgaria, Hungary, Germany, Poland, USA, Finland, Czechoslovakia, and Japan.

BM Firsov has extensive experience in international scientific activities. He held research internships at the London School of Economics and Politics and the BBC, C (1967), the headquarters of UNESCO (1972), George Gallup Institute (1977.) Japan Broadcasting Corporation Al-HLB-Kay (1978), the leading universities in the U.S. (1991). He is an author and a member of several international research projects (Finland, Hungary), was a proactive leader and author of a research project studying the quality of the population of St. Petersburg, supported by RFBR and the RFH in 1993-1996.

Special mention should be about personal contribution B.M. Firsova in the development of higher forms of modern education and training of highly qualified scientific personnel associated with its activities to establish the European University at St. Petersburg.