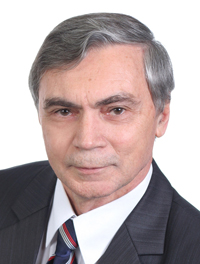 Awarded for great achievements in studying the economic history of Russia

Boris Mironov has more than 200 publications including 7 books. His work has received wide recognition both in Russia (where he is now one of the most cited by historians), as well as abroad.

Boris  Mironov is a pioneer in the application of mathematical methods in historical studies in Russia. In 1975 he published the country’s first book dedicated kliometrike - "The Historian and mathematics. And since then, is rightly considered one of the leading experts in this field.

The contribution Boris Mironov in market research and the history of prices. In the books "The domestic market of Russia in the second half of XVIII-first half of the XIX century. (1981) and "grain prices in Russia for two centuries: XVIII-XIX centuries." (1985) he discovered the price revolution in Russia in the XVIII century and substantiated the concept of the formation of a unified national market in Russia.

New word is said Boris Mironov on urbanization in Russia. In the book "The Russian city in 1740-1860-ies: Demographic, social and economic development "(1990) he discovered the phenomenon deurbanizatsii - reduction in the percentage of urban population during the first half of the XVIII-XIX century.

Especially large national and international resonance had a fundamental two-volume work Boris Mironov, "Social History of Russia in the period of the empire", released in three editions in Russia (1999, 2000, 2003), translated into English in the United States. In a book published over 30 book reviews of nine collective deliberations of the leading domestic and foreign journals and at international conferences.

Last five years, Boris Mironov devoted himself to economic human biology - a new direction in economic science, arising at the intersection of economics, biology and medicine.