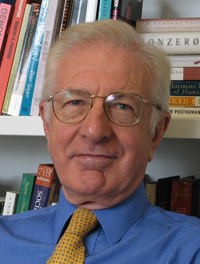 Position: Honored Professor of London School of Economics, Director-Founder of the Centre for Economic Development

(Peter) Richard Grenville Layard, Baron Layard is a British economist. He was founder-director in 1990 of, and is a current programme director at, the Centre for Economic Performance[1] at the London School of Economics.Layard was educated at Eton, where he was a King’s scholar, at King’s College, Cambridge and at the London School of Economics. In his early career he was Senior Research Officer for the famous Robbins Committee on Higher Education. This committee’s report led to the massive expansion of UK university education in the 1960s and 1970s. Apart from various academic positions he has held since the 1960s, Layard has worked as an advisor for numerous organizations, including government institutions in the United Kingdom and Russia.

Since 2000, Layard is a Labour life peer in the House of Lords as Baron Layard, of Highgate in the London Borough of Haringey.Layard assisted Claus Moser on the Robbins enquiry, and later developed a reputation in the economics of education (with Mark Blaug at LSE), and labour economics (in particular with Stephen Nickell). He advocated many of the policies which have characterised the New Labour government, partly by founding the influential Centre for Economic Performance at the London School of Economics. The approach he takes is based on the idea of welfare-to-work, where social welfare payments are structured in a way that encourages (or forces) recipients back into the job market. Recently, Layard has shifted his attention to the study of what has since come to be known as Happiness economics. This branch of economic analysis starts from the argument that income is a bad approximation for happiness. Based on modern happiness research, he cites three factors that economists fail to take into consideration:

Social comparisons: In contrast to what traditional economics predicts, happiness is derived from relative income as well as from absolute income. That is, if everyone gains purchasing power, some may still turn out unhappier if their position compared to others is worse. This effect may not turn economic growth into a zero sum game entirely, but it will likely diminish the benefits people draw from their hard work. In an economy where not only companies, but individuals are constantly forced to compete with each other, life and work are experienced as a rat race.

Adaptation: As people get used to higher income levels, their idea of a sufficient income grows with their income. If they fail to anticipate that effect, they will invest more time for work than is good for their happiness.

Changing Tastes: Economists assume that individual preferences are constant, when in fact such preferences are not fixed but increasingly mutable, shifting constantly according to the latest trends and cultural norms. In turn, the relative values of one’s accumulated possessions are subject to depreciation, ultimately having a negative effect on happiness.

From these observations, Layard concludes that taxes serve another purpose besides paying for public services (usually for public goods) and redistributing income. The third purpose is to counteract the cognitive bias that causes people to work more than is good for their happiness. That is, taxes should help citizens preserve a healthy work-life balance.

His work, resulted in the development of Improving Access to Psychological Therapies (IAPT), an initiative to improve access to psychological therapies in the United Kingdom