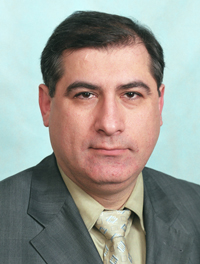 Position: Chairman of the Committee on Economic Policy, Entrepreneurship and Property of the Council of Federation

Oganes Ohanian has been actively involved in the preparation and review of key importance for the economy of federal laws on the reform of natural monopolies - electricity, rail transport, as well as the reform of housing and communal complex of the country, Makes a great contribution to the development of legislative base for sustainable economic development of Russia, the establishment of modern market relations and deregulation.

As chair of the state investment policy of the State Academy of retraining and advanced training for managers and professional investment sphere, O. Ohanian developing new directions and mechanisms of public-private partnership in the implementation of infrastructure projects of the municipal, urban, regional and federal levels and contribute to retraining workers for new economy and is engaged in medical research in the preparation of a draft law on national policies to ensure the competitiveness of the economy. Author of more than 40 scientific works.