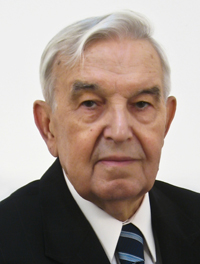 Professor Victor Yesipov an Honored Scientist of Russia, Chairman of the Scientific Council at St. Petersburg State University of Economics and Finance with a degree in Economics and Management of National Economy (scientific specialization" Pricing and valuation activity), Supervisor of several doctoral and master’s theses, doctoral and graduate students completed the Department of pricing.

Prior to 1975  Victor Esipov worked as the head of the Leningrad laboratory on pricing, he is currently chair for pricing FINEK. The Department conducted a large research and training on the use of economic-mathematical methods developed by W. Leontief, Kantorovich, Novozhilov and foreign colleagues. In particular, they have found application in the development of automated information processing system on prices and preparation of the first textbook on microeconomics, issued in 1988. Publishers LFEI and served as a basic course of lectures for the training of many teachers of St. Petersburg in the study of the new market economy in Russia.