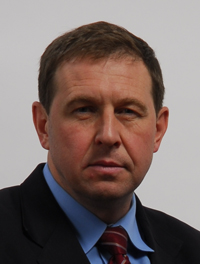 Illarionov was born  in Leningrad (now Saint Petersburg). He went on to study economics at the Leningrad State University, graduating in 1983, and receiving a Ph.D. in economics in 1987.From 1983 to 1984, and again from 1988 to 1990 Illarionov taught for the International Economic Relations Department of Leningrad State University. From 1990 to 1992 he was senior researcher at the Regional Economic Research Department of the Saint Petersburg State University of Economics and Finance. From 1992 he became part-time economic adviser to the Russian Deputy Prime Minister and Acting Prime Minister Yegor Gaidar and (until 1993) the first deputy head of the Economic Reform Centre of the Russian Government. From 1993 to 1994 Illarionov was the head of the Analysis and Planning Group of the Chairman of the Council of Ministers and the Government of Russia, Viktor Chernomyrdin, after which he went on to become the vice-president of the Leontyev International Social and Economic Research Centre, and director of the Moscow division. He has created the Institute for Economic Analysis and was its director from 1994 to 2000. Illarionov had called for a sharp devaluation of the Russian ruble before the August 1998 financial meltdown to prevent it.On April 12, 2000, Illarionov assumed the office of Vladimir Putin’s senior economic adviser within the Russian presidential administration and in May 2000 he became the personal representative of the Russian president (sherpa) in the G8.In October 2006, Illarionov was appointed senior researcher of the Center for Global Liberty and Prosperity of the US libertarian think tank Cato Institute in Washington, DC. In this position, he has lamented "[Russia’s] new corporate state in which state-owned enterprises are governed by personal interests and private corporations have become subject to arbitrary intervention to serve state interests "as well as" new ways in which political, economic and civil liberties are being eliminated. On April 14, 2007, and June 9, 2007, Illarionov took part in opposition Dissenters’ Marches in Moscow and Saint Petersburg, respectively.