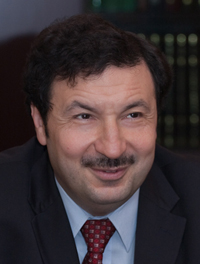 Position: Rector of the Academy of National Economy under the RF Government

Awarded for achievements in economic research; develop ways of reforming Russia’s economy and the organization of economic education

Dr. Vladimir A. Mau is PIR Executive Council Member since 1994. He holds a Doctor of Science (Economics) from the Russian Academy of National Economy and is a rector of the Academy of Public Economy, a member of the Editorial Board for Voprosy Ekonomiki (Problems of Economic) journal, the Mir Rossii (Universe of Russia) journal, and the RAND Journal of Economic Transition.

He has been a Senior Lecturer at the Economics Department of Moscow State University, a head of department at the Institute of Economic Policy, the Fowler Hamilton Fellow at Christ Church, Oxford, and lecturer in the Stanford University Overseas department. He has held various government appointments, advisor to the Prime Minister of the Russian Federation (1992), advisor to the Deputy Mayor of Moscow (1993), advisor to the First Deputy Prime Minister of the Government of the Russian Federation (1993-94), and an advisor to the leader of a faction in the State Duma (1994-95). Until 2002 he has been the Director of the Working Center for Economic Reform of the Russian Government and the Deputy Director of the Institute for the Economy in Transition.